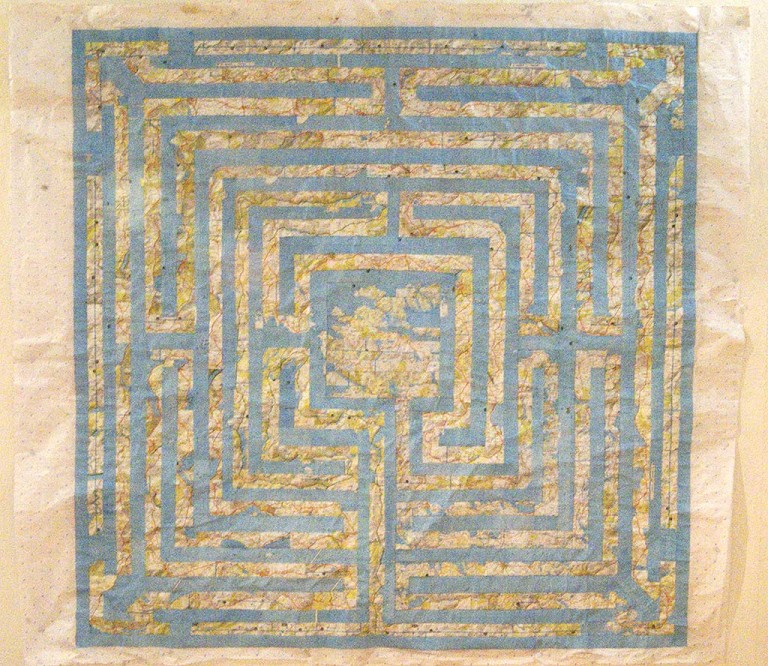 The Road to Tobermory – Scottish 7-Circuit Labyrinth, book pages on paper, H150 x W150 cm, Dorset 2013.
Following a traditional labyrinth pattern, the Scottish pages of a road atlas have been reworked. The ‘walls’ of the labyrinth are made up of the sea, which surrounds Scotland. The ‘paths’ of the labyrinth are made up of a continuous thread of non-motorway roads, some green, some red, but an unbroken line from the start to the centre, or goal, which incidentally arrives at the remote island village of Tobemory.

The Road to Tobemory was last modified: October 9th, 2015 by oksoadmini