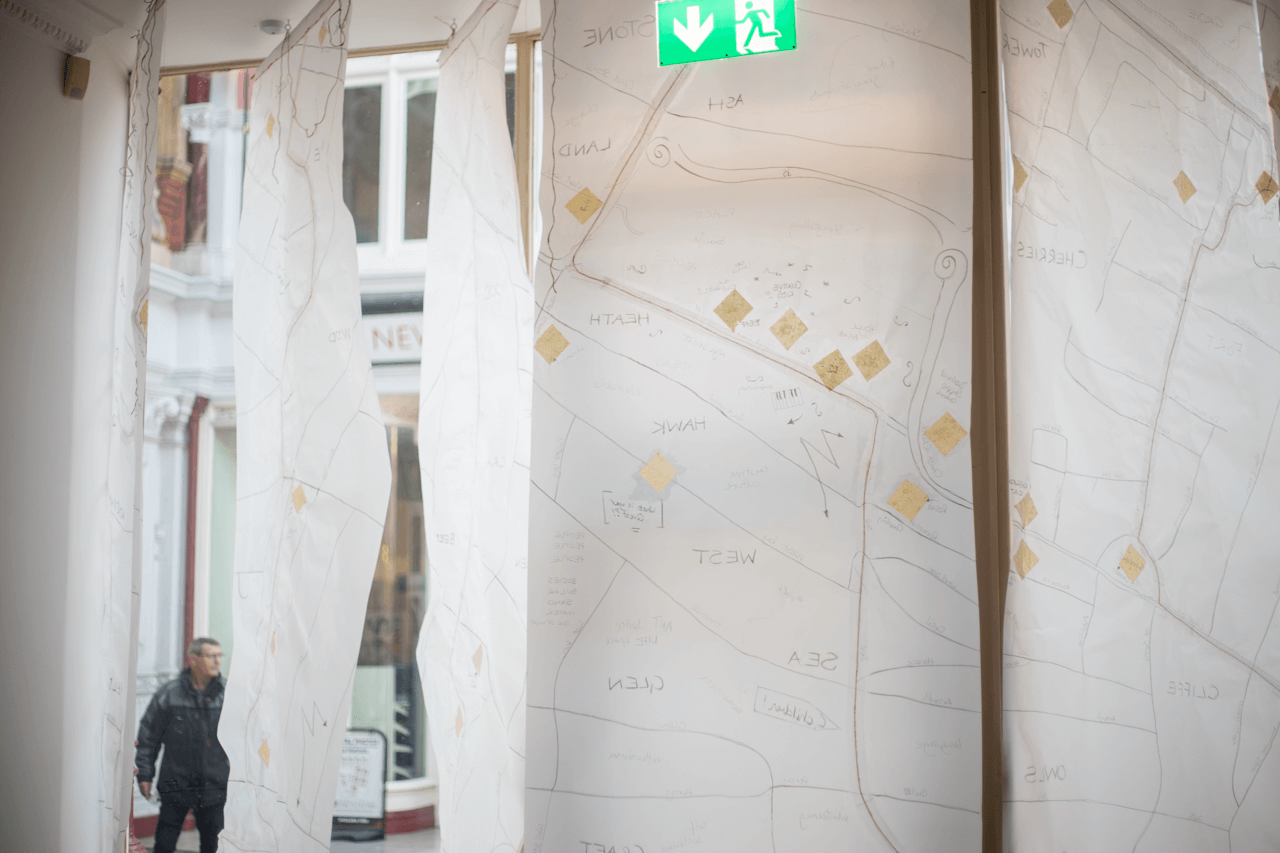 7 Paths to the Sea

7 vertical strip maps, each 3m tall, hang from ceiling to floor in a shop window marked ’31’, filling the entire shop frontage with a web of hand-drawn pencil lines depicting local roads and footpaths. On each of the 7 strips, a single line of red thread snakes its way south, ending at an area labelled ‘The Sea, The Sea”. Together they make up an enormous and somewhat delicate paper map of the town of Boscombe, near Bournemouth. 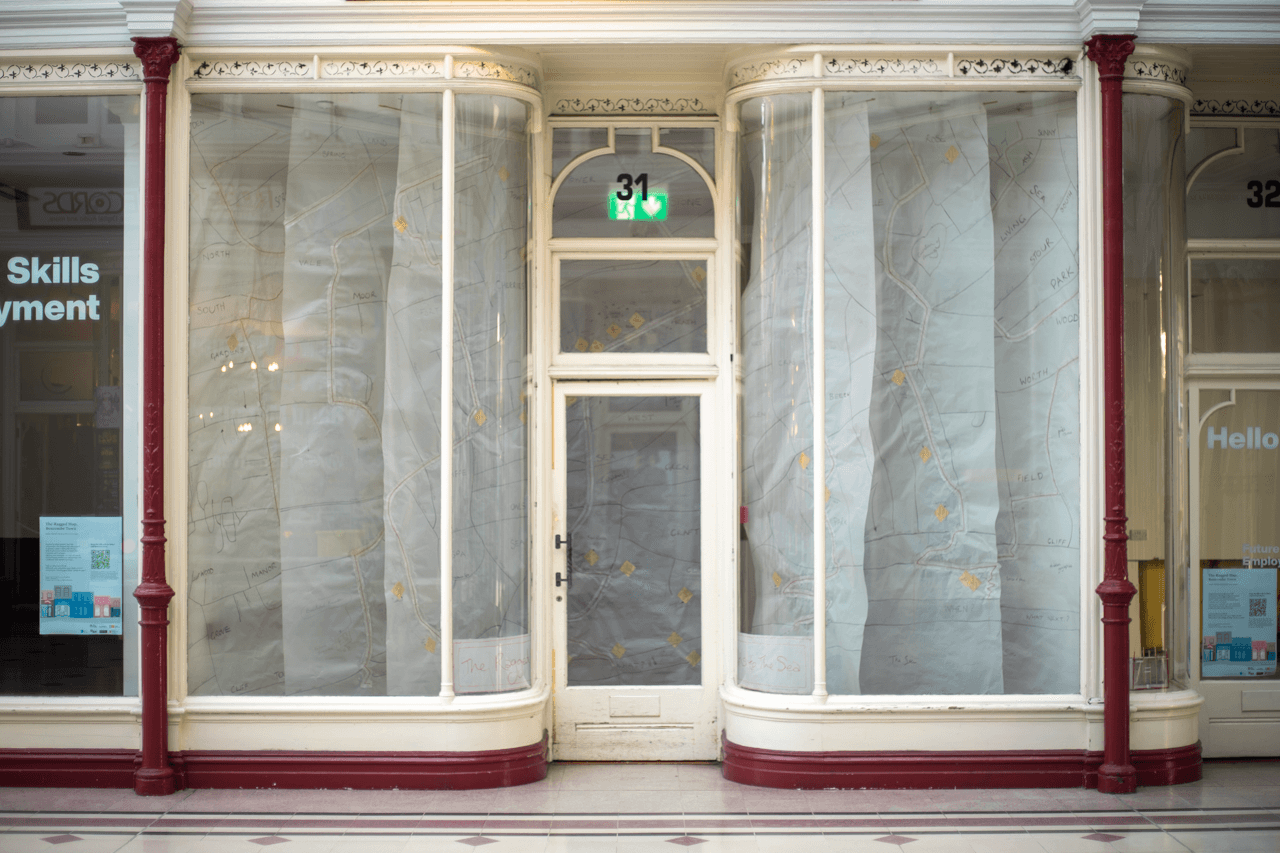 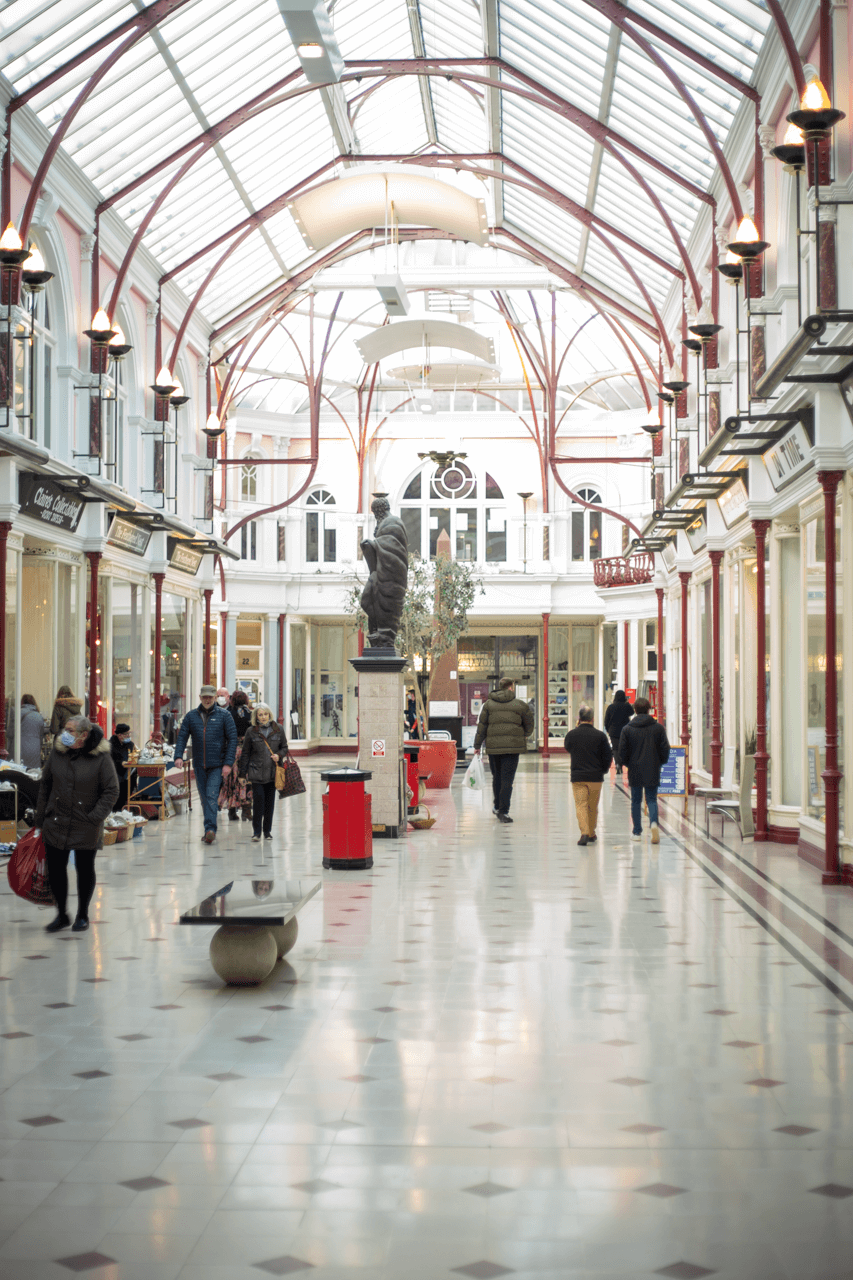 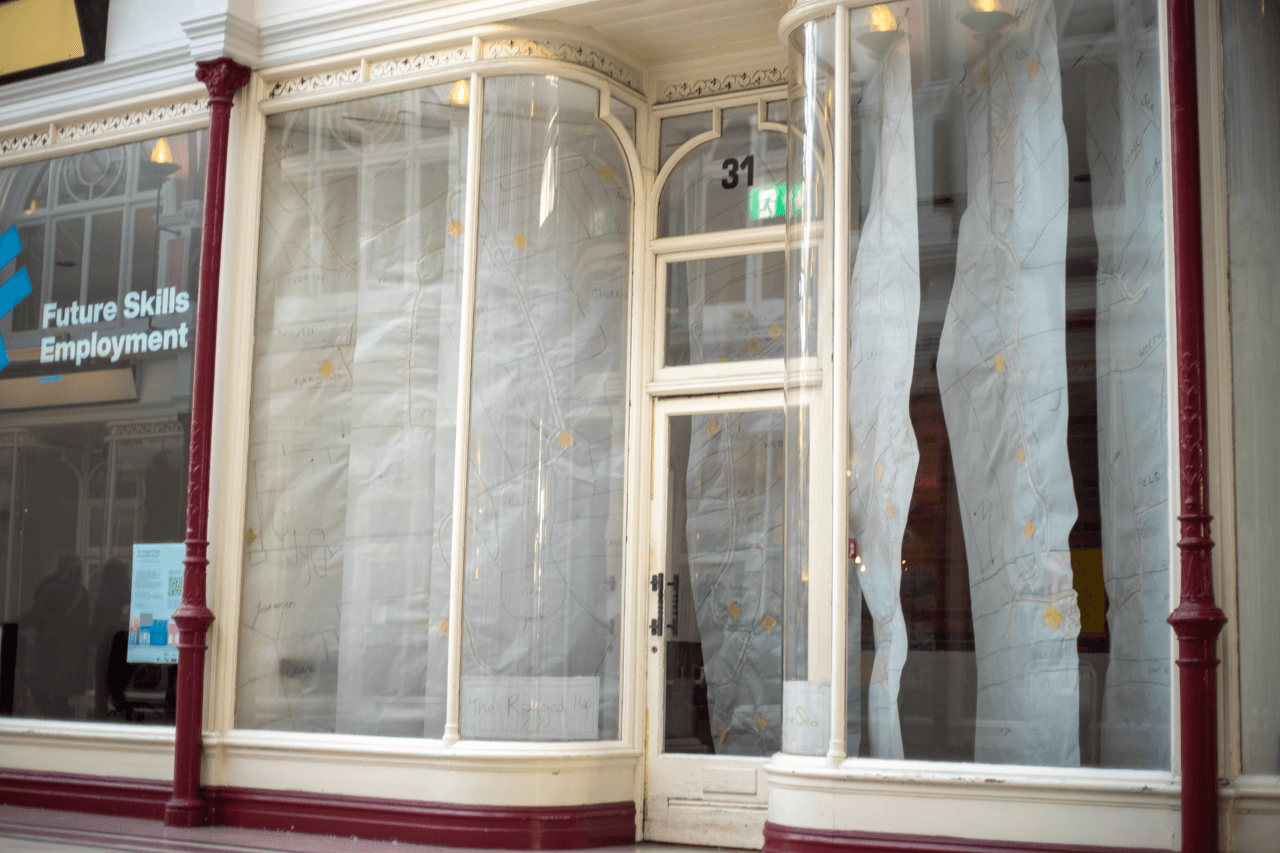 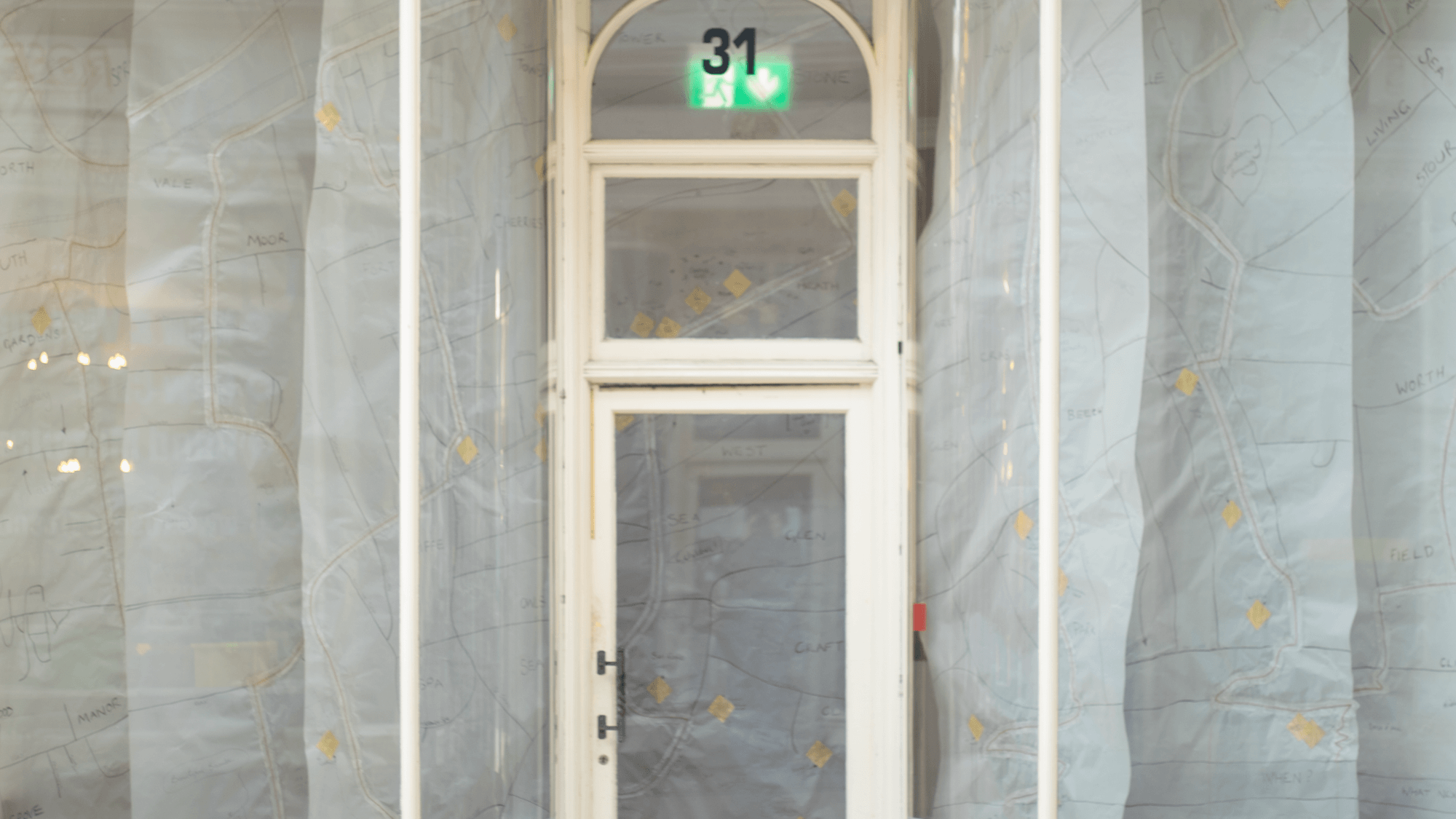 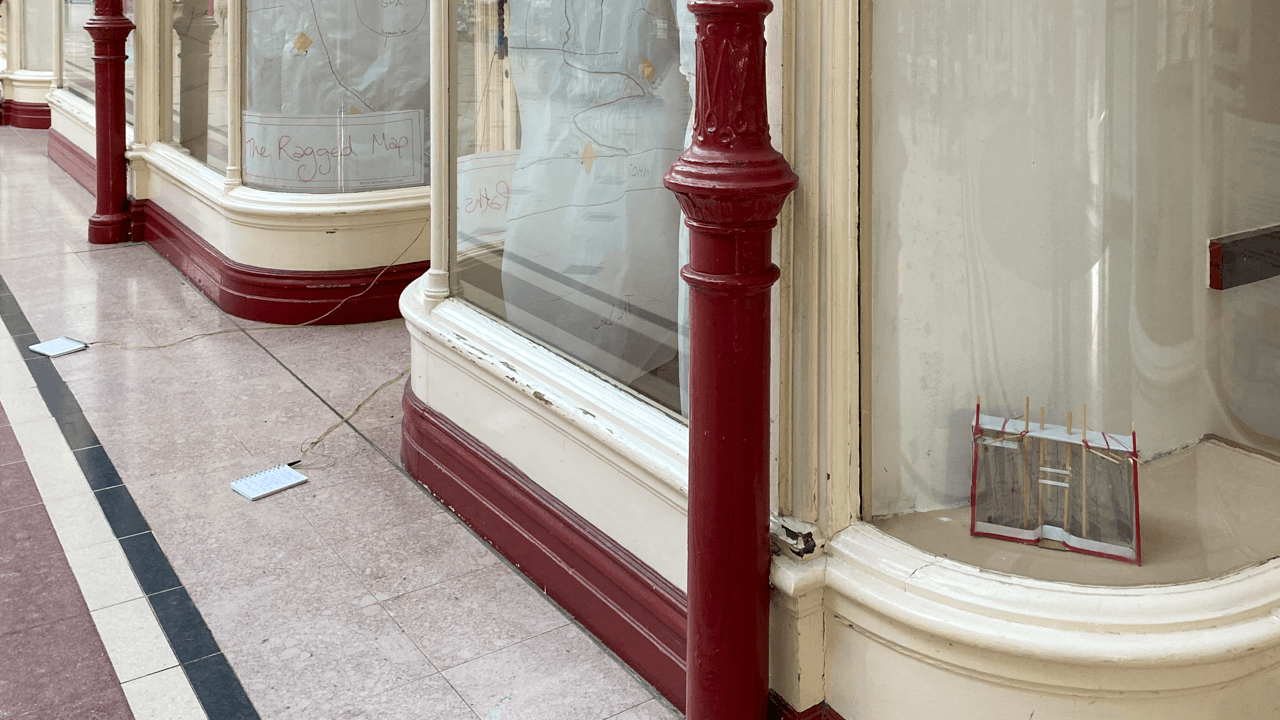 The Royal Arcade, of which number 31 is a part, was built in 1892 – an L-shaped iron and glass Victorian shopping palace, with a splendid concert hall next door. It’s a Grade II listed building and the glass in the windows of number 31 are a work of art in themselves, with their 3 metre stretch of glass curving round gracefully to meet the doorway at the centre of the shop. From a 1906 postcard, I can see it was formerly the premises of ‘Ernest A. Hope’. Next month, in January 2022, it will become the part of the shopfront for BCP (Bournemouth Christchurch Poole) Council’s ‘Boscombe town centre masterplan‘, where locals can come in to see the plans and ask questions.

So, why have I made a map of Boscombe and why is it here in number 31?My involvement is part of AndTowns, an AHRC-funded research project bringing together specialists from different disciplines to scope future priorities for research in areas that enhance our understanding of culture, towns and economic recovery.

Focusing on 4 of the 101 towns the UK government identified as qualifying for support from its ‘Levelling Up‘ funds, AndTowns commissioned 4 local artists in those towns to investigate. The artists – in Southend, Darlington, Hereford, and here in Boscombe – naturally all went about exploring in their own ways, finding local cultural points of view and unearthing at least some of the vital questions that need to be asked regarding the future of their town in order to be able to begin ‘levelling up’, if indeed, that is what’s needed.

Each artist produced an artwork or artifact from their research in their town. Mine is The Ragged Map and it’s a site-specific piece that was designed around the space available. 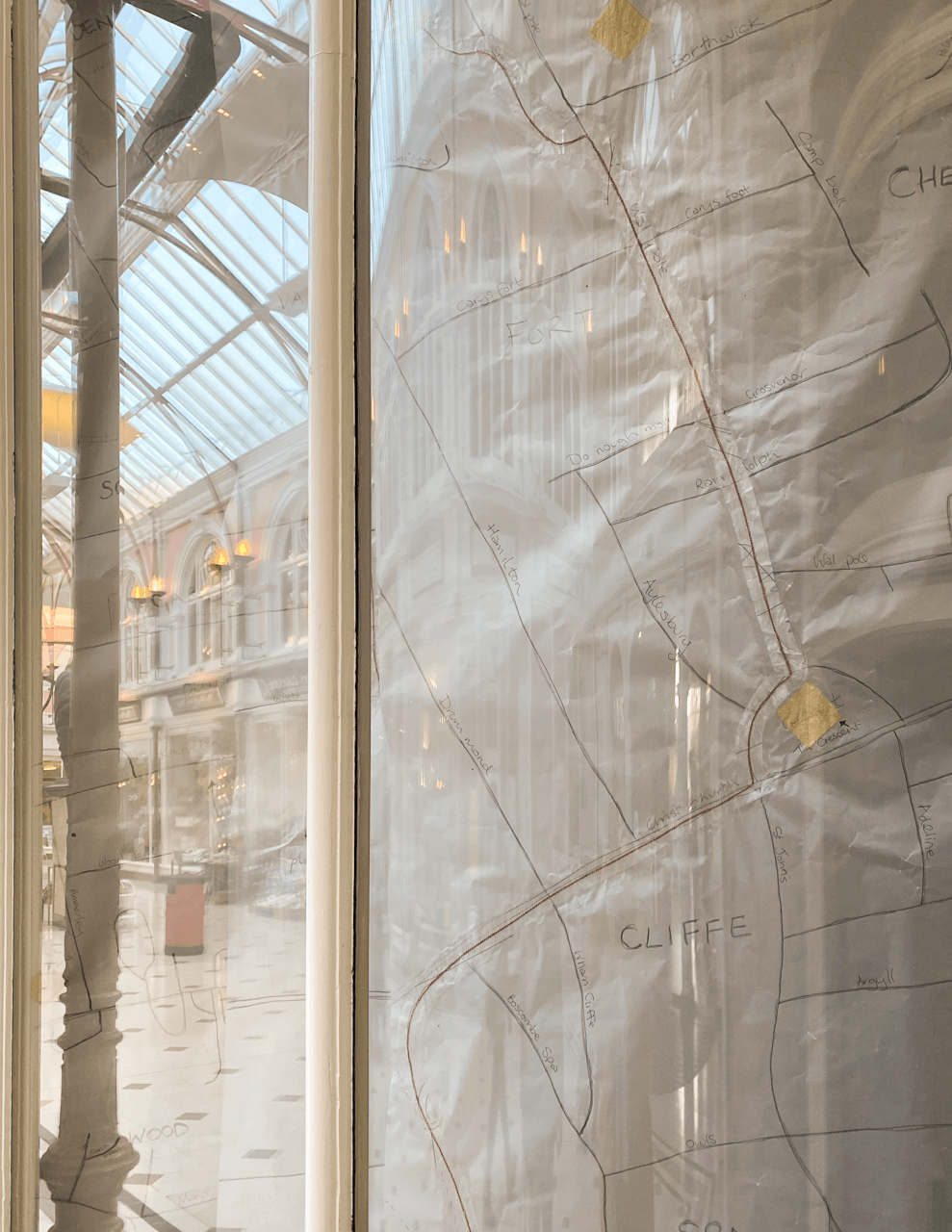 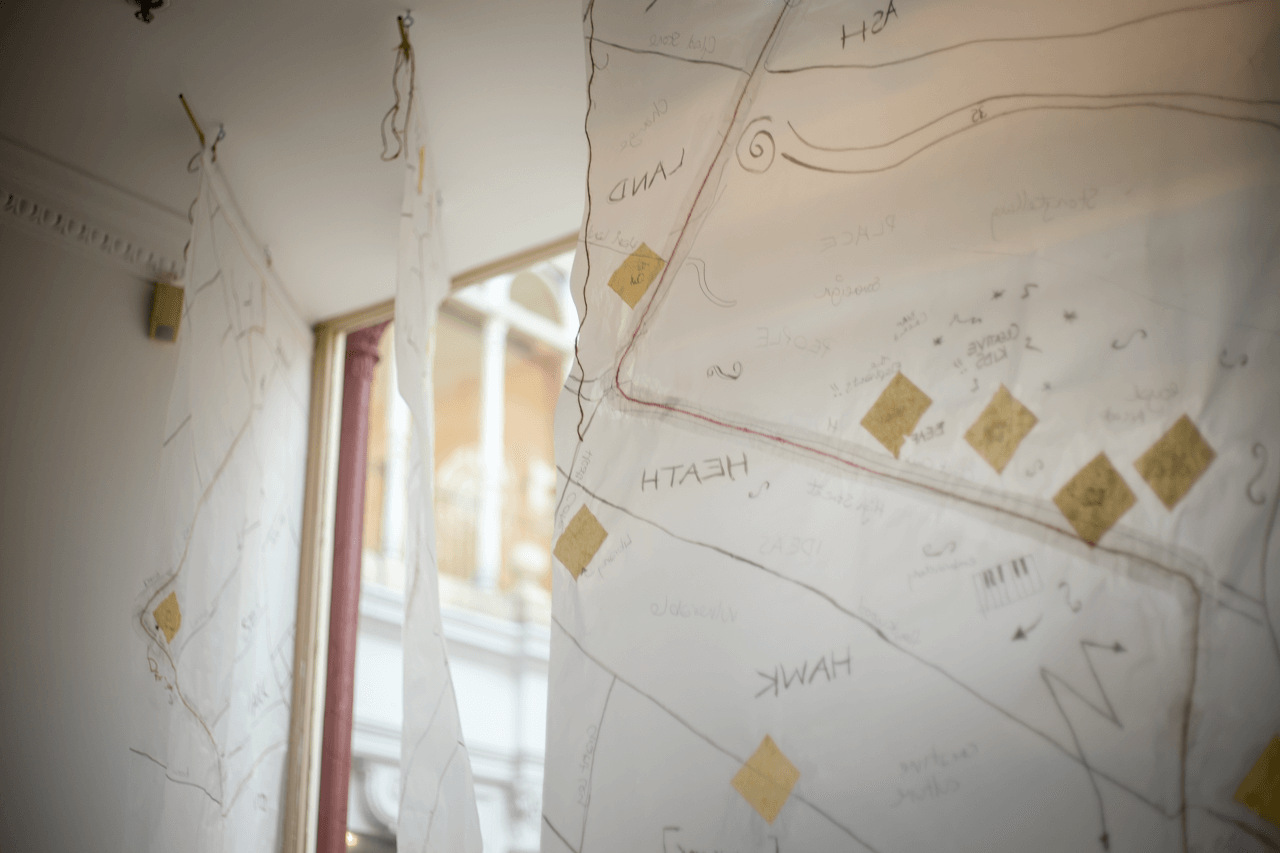 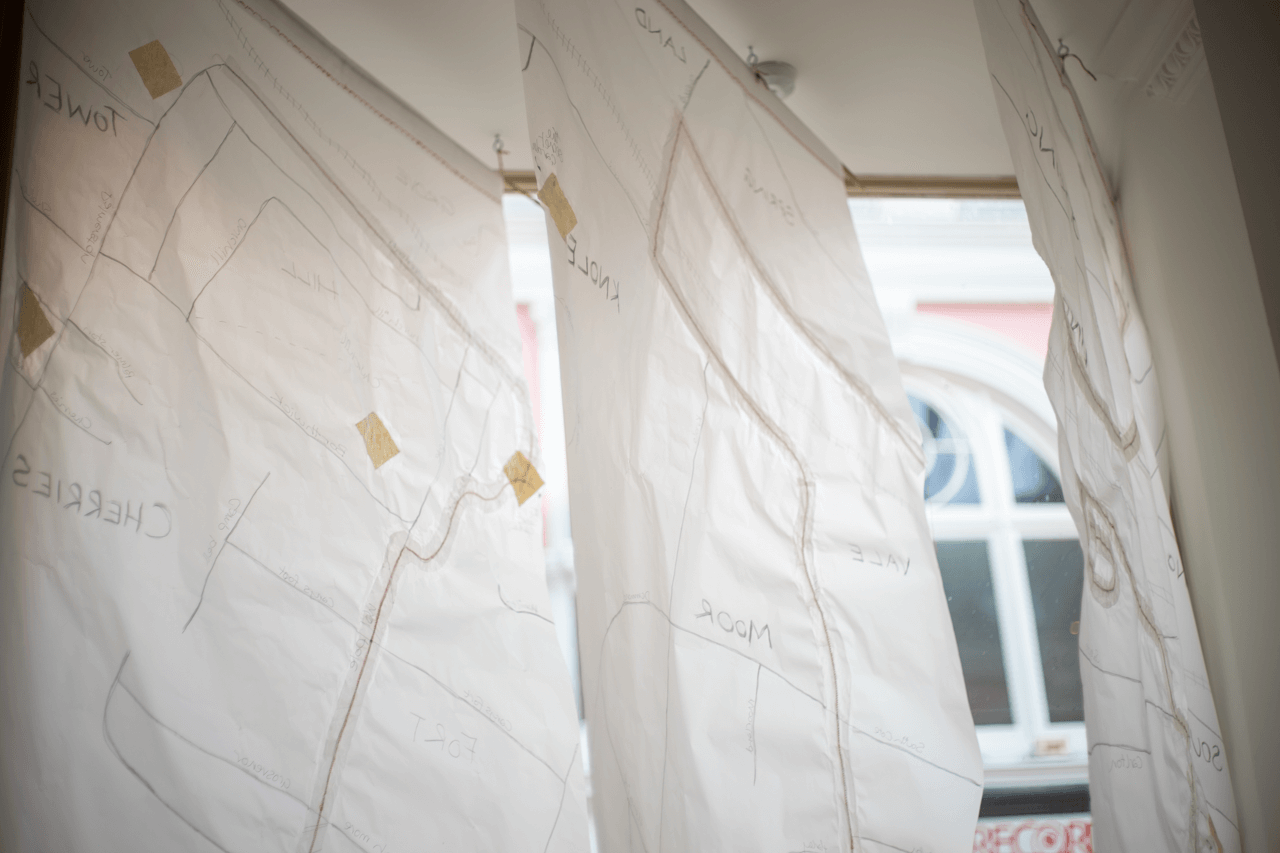 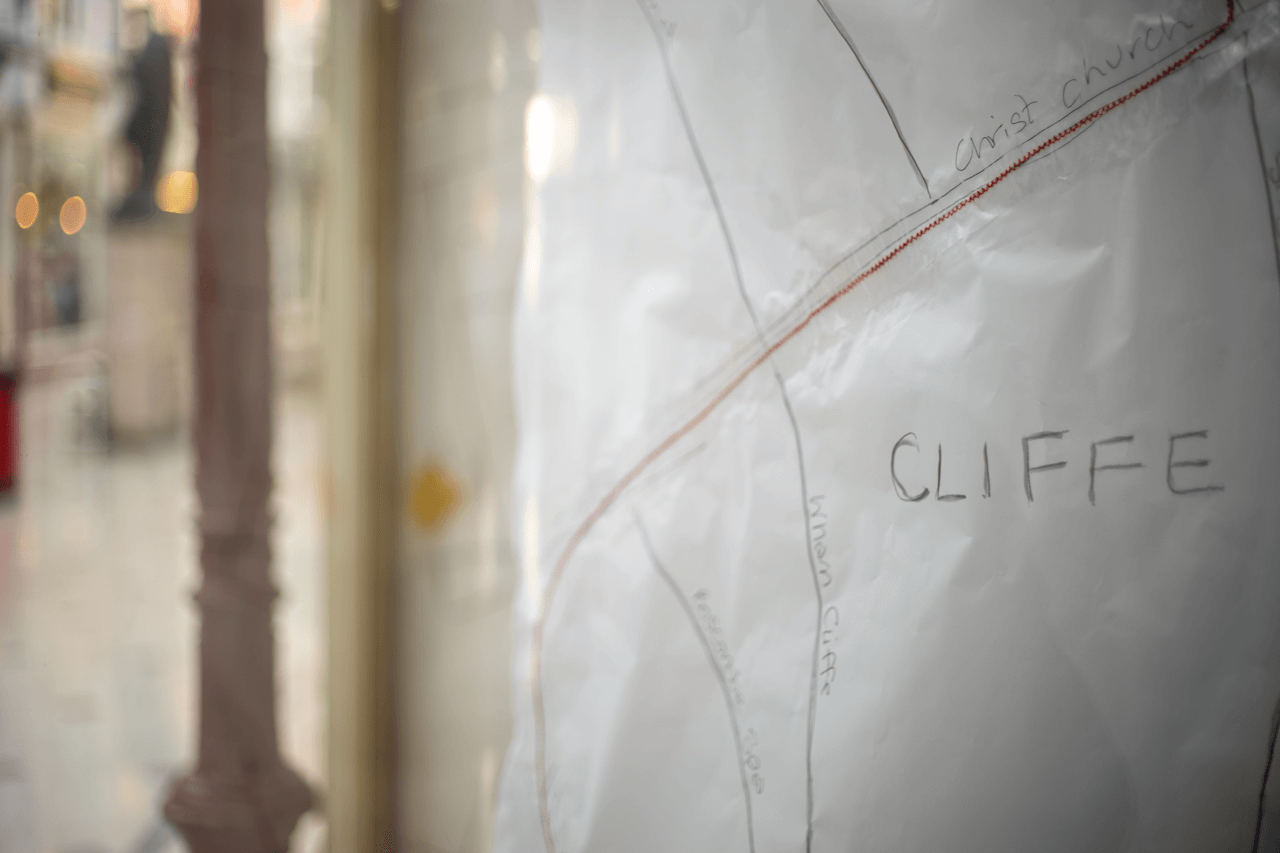 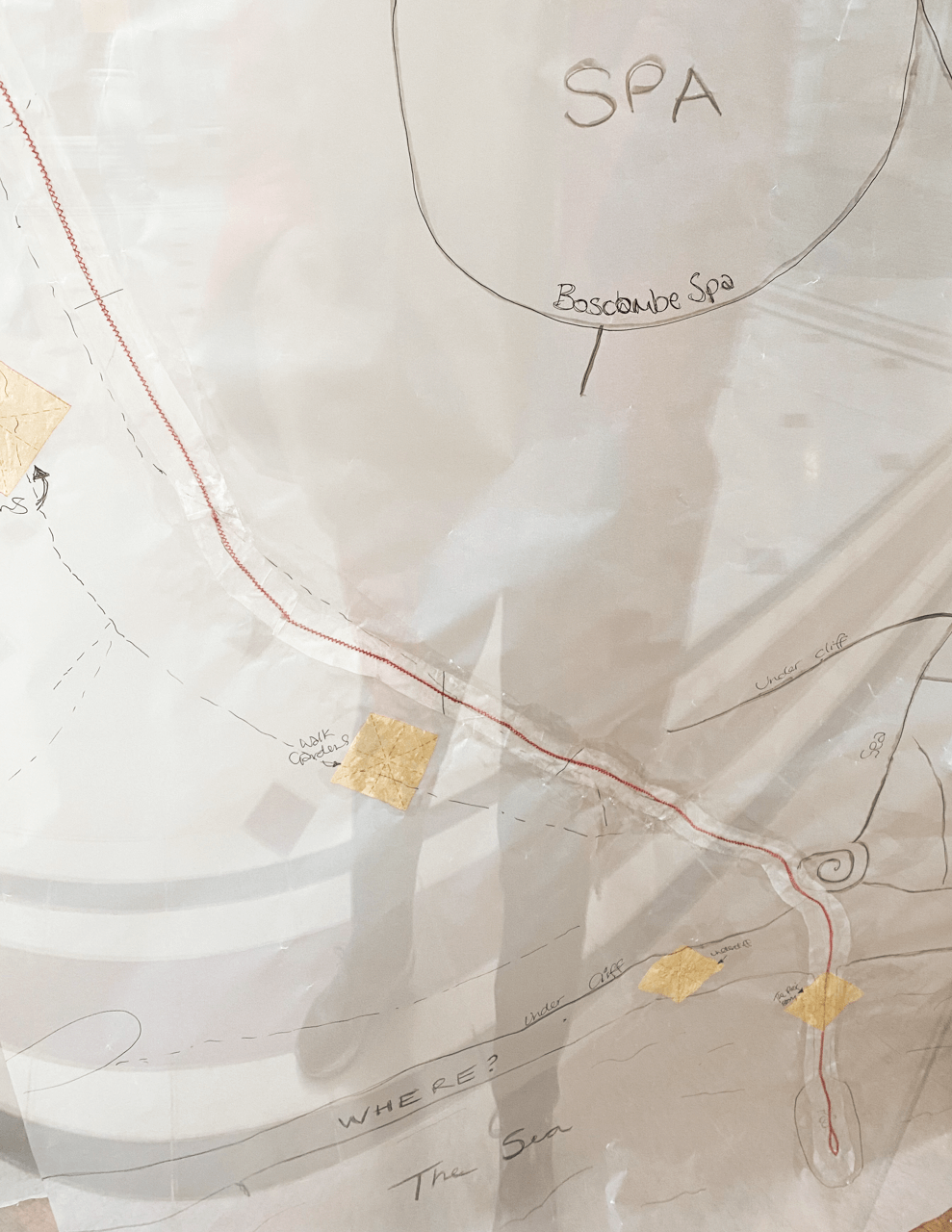 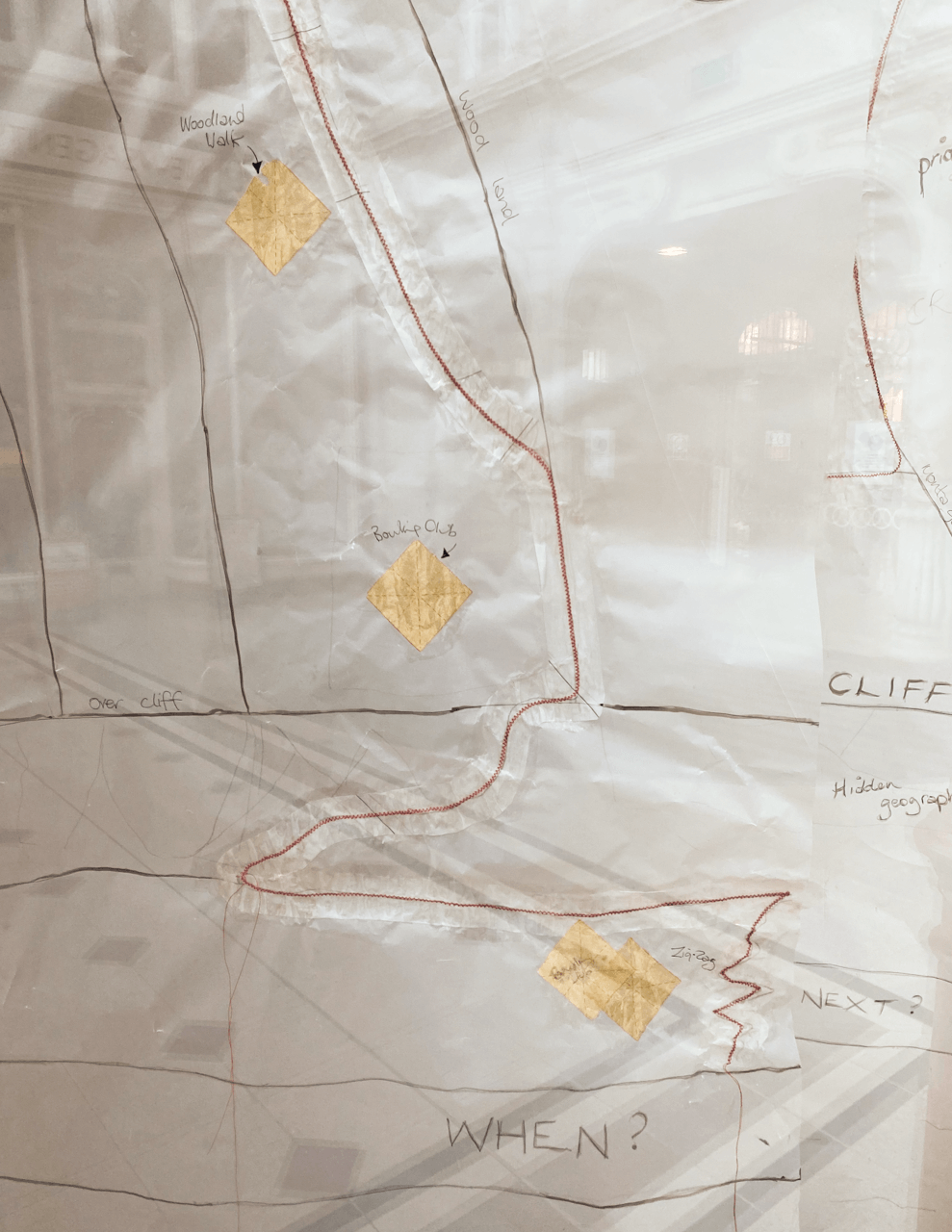 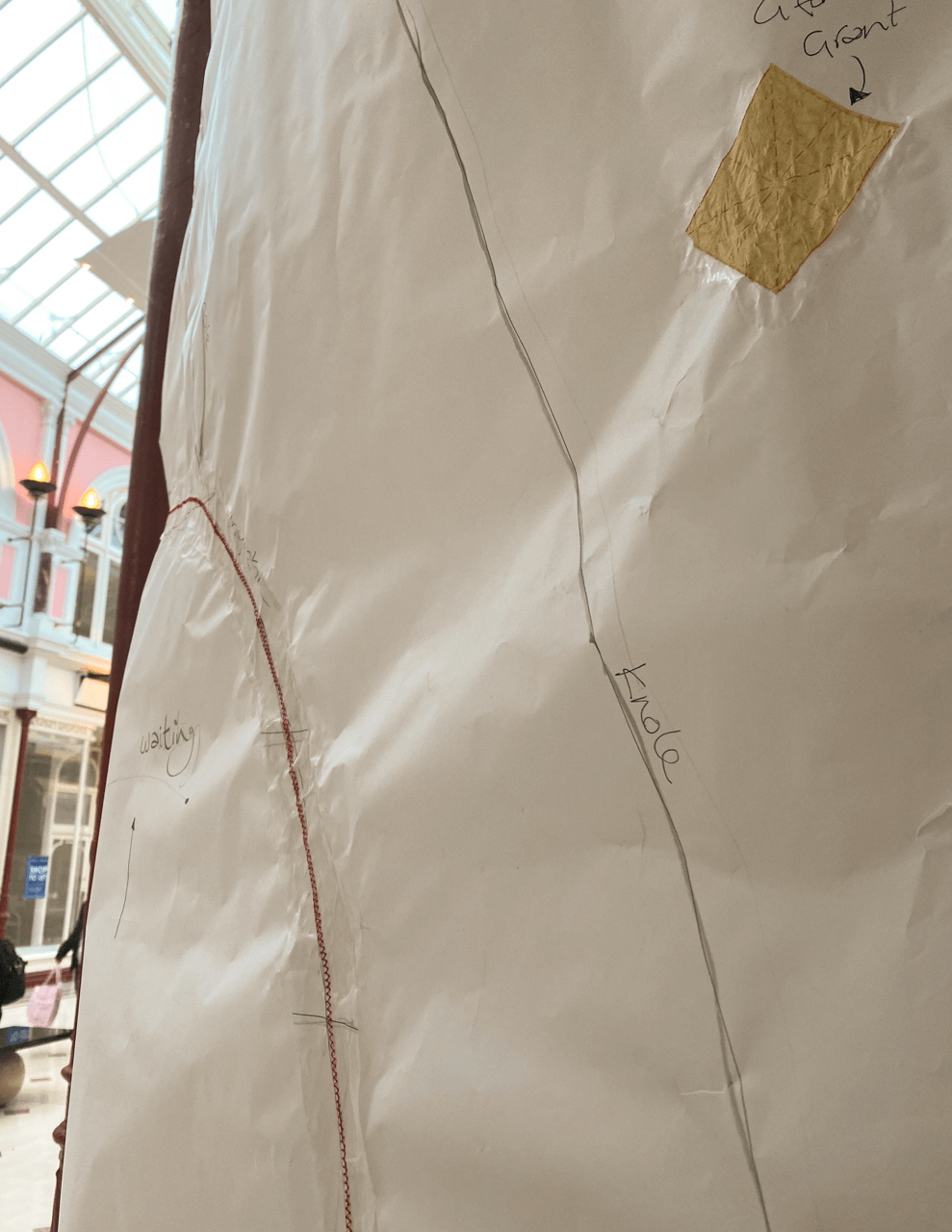 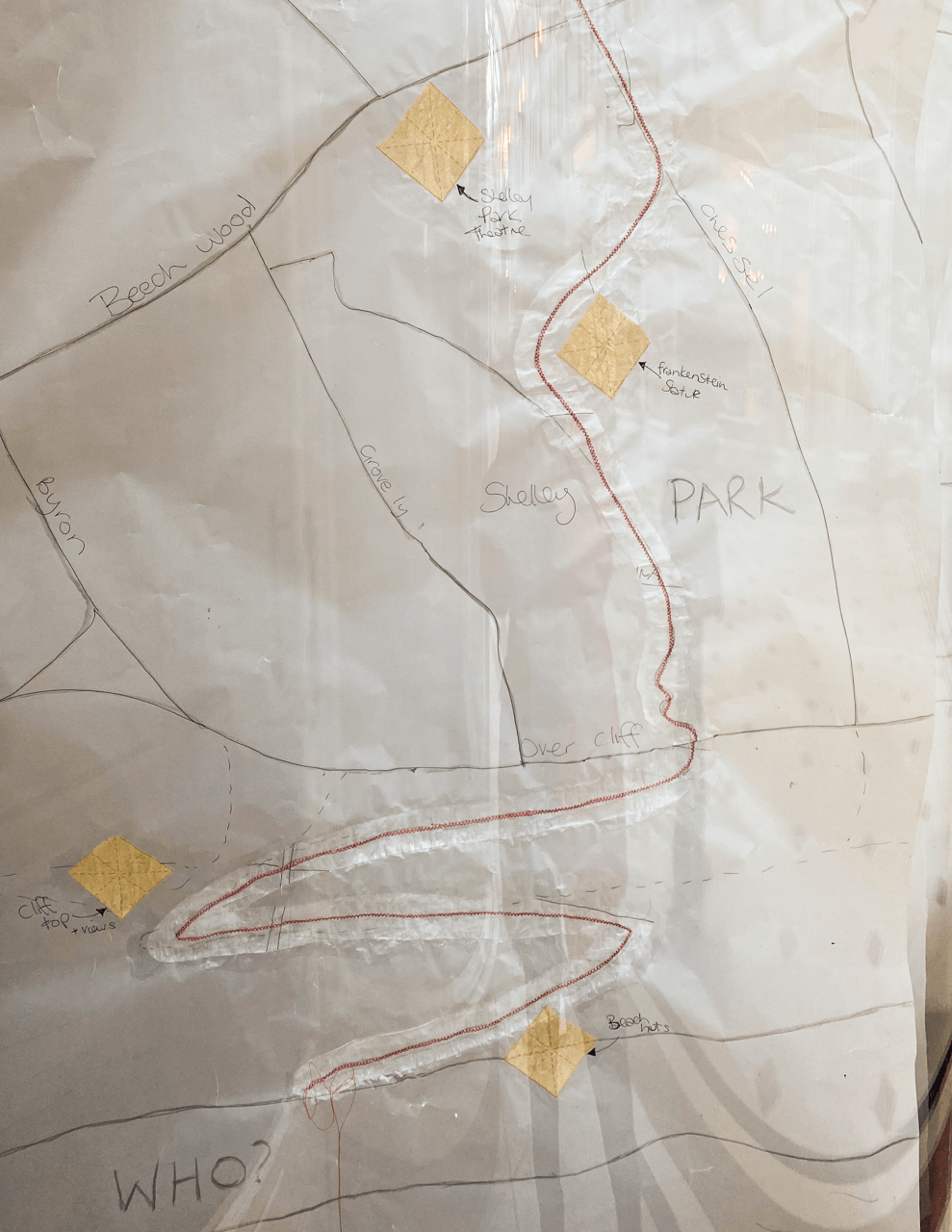 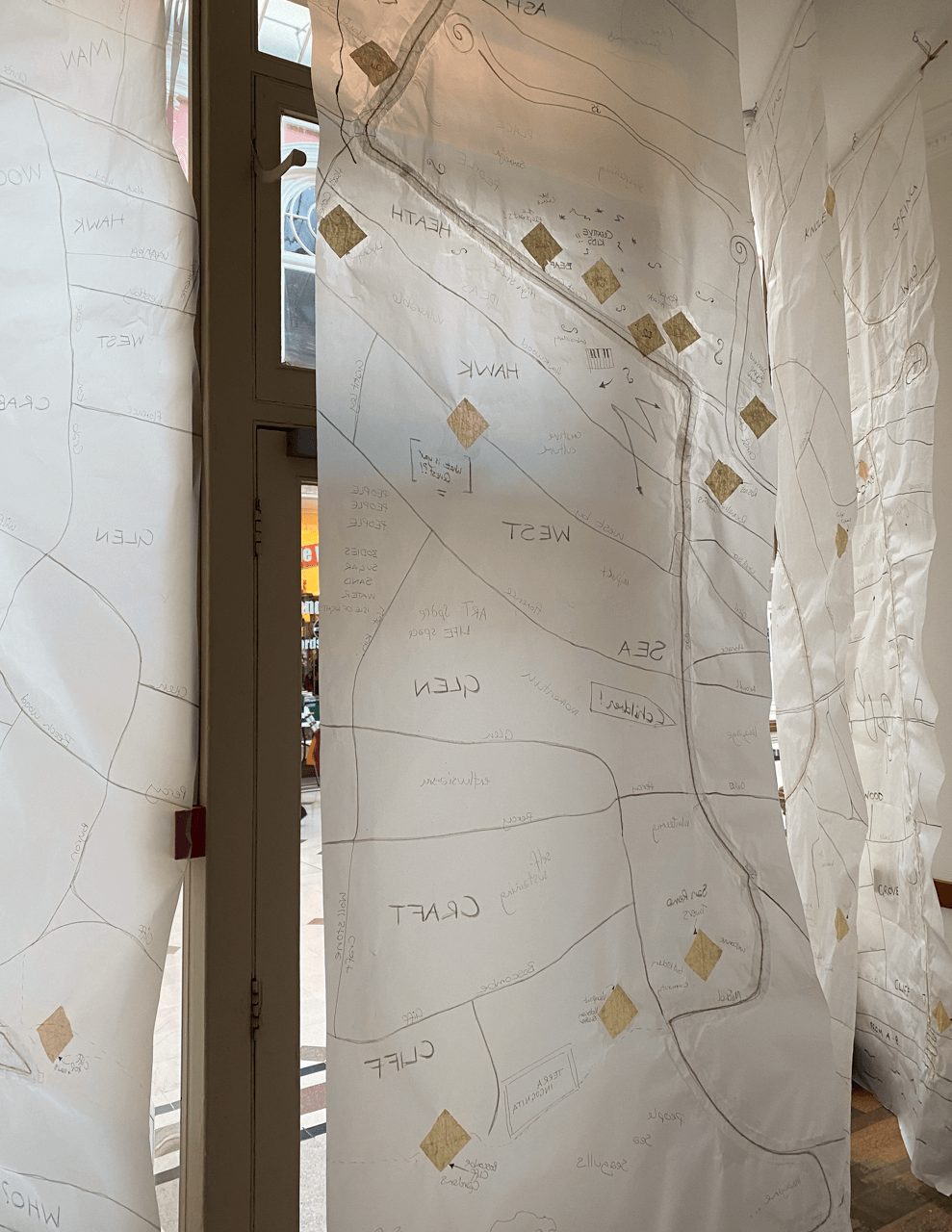 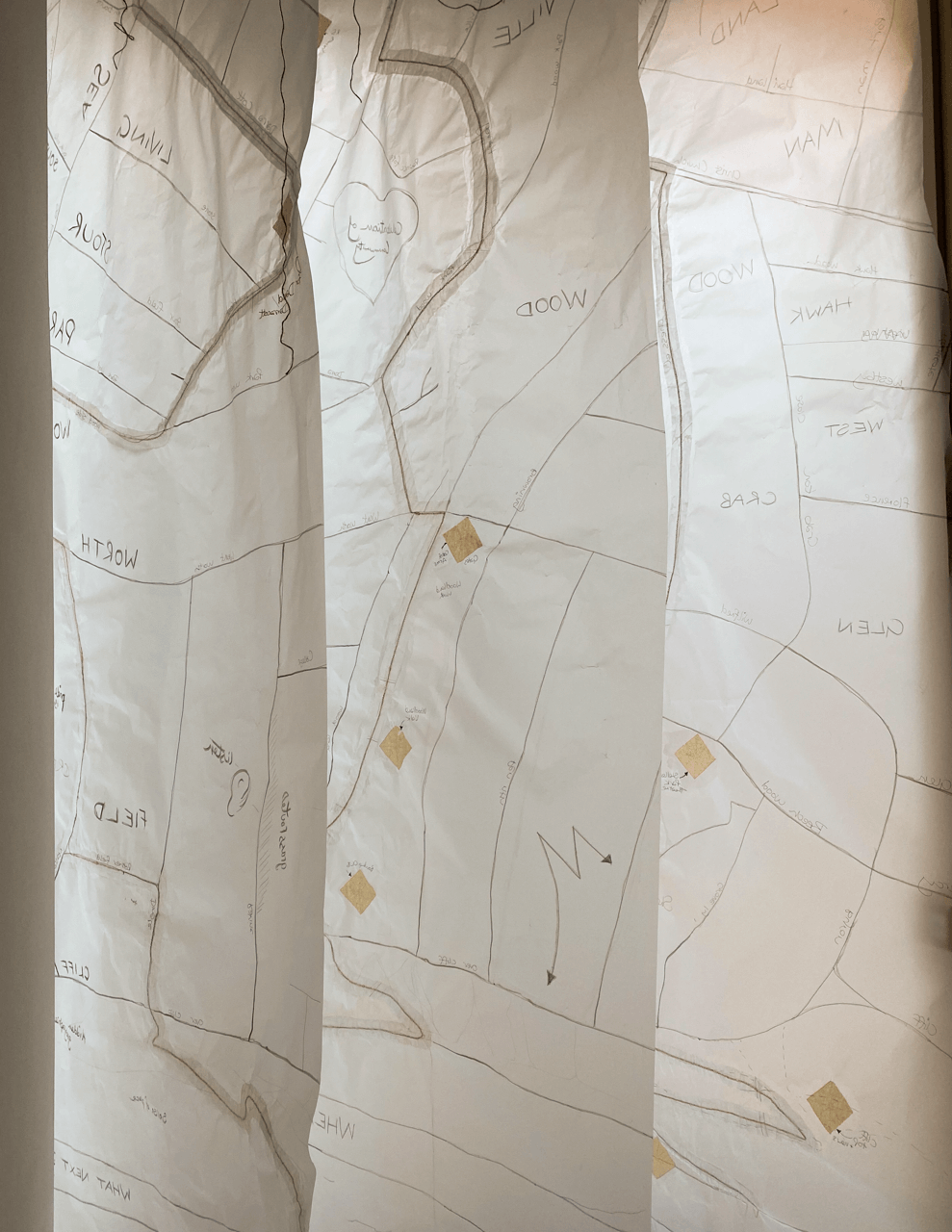 It may have ended up in a shop front on the High Street, or in a pop-up unit in the shopping centre, or even on the history display boards on Boscombe Pier, but thanks to a lot of help from Tina Kirkman from BCP, Martha Covell, BCP and Sonia Shaw at Bournemouth Cultural Bid, its space at #31 in the Royal Arcade seems very appropriate, right in the heart of one of the best-loved places in Boscombe, and only a few hundred yards from the site of the first building in the town.

We started our research process with a workshop, via zoom, where we asked people with strong local connections to visualise Boscombe in 2050. We had some other specialists and researchers present during the workshop, and I learnt from local historian Steve Roberts that one of the first buildings in Boscombe was an inn called ‘The Ragged Cat’ on the road running between Bournemouth and Christchurch. There’s a painting of it in the Russell-Cotes Museum and Art Gallery in Bournemouth (the inn was later renamed ‘The Palmerston Arms’ and is currently a Polish Supermarket).

In order to do so though, I first asked everyone to share a photo of at least one favourite place in Boscombe and why they liked it so much. I also asked them to pick a random place in Boscombe, for instance a street beginning with the first letter of their own name, go there, find something interesting and take a photo of it and also share that. I mapped the results on GoogleMaps and called it ‘The Ragged Map’:

See The Ragged Map on GoogleMaps

Via this map, a picture of Boscombe began to emerge showing where and why people feel connected to the town on a personal level. Just as was the case in my ‘Take Me to the River’ mapping project in Taunton, this shared set of local perspectives is likely very different than the one the official information Tourist Information might give you. It shows where and what people value most, so it’s also something that the council might appreciate being more aware of to help inform their decision-making in shaping this town for the future, making sure we keep what’s vibrant and special.

Not just getting from A to B?

In the workshop, people who’d never met before started sharing their own stories about these special places with each other – truly amazing stories of people making a real and lasting difference within Boscombe’s local communities. I asked people to doodle their own maps of two places they’d heard about during the workshop – from the (temporary) refugee welcome and meetup at San Remo Towers to the magic of the Secret Garden to ‘The Sea, The Sea’… here are a few of those doodles, which are clearly not just about getting from place A to place B: 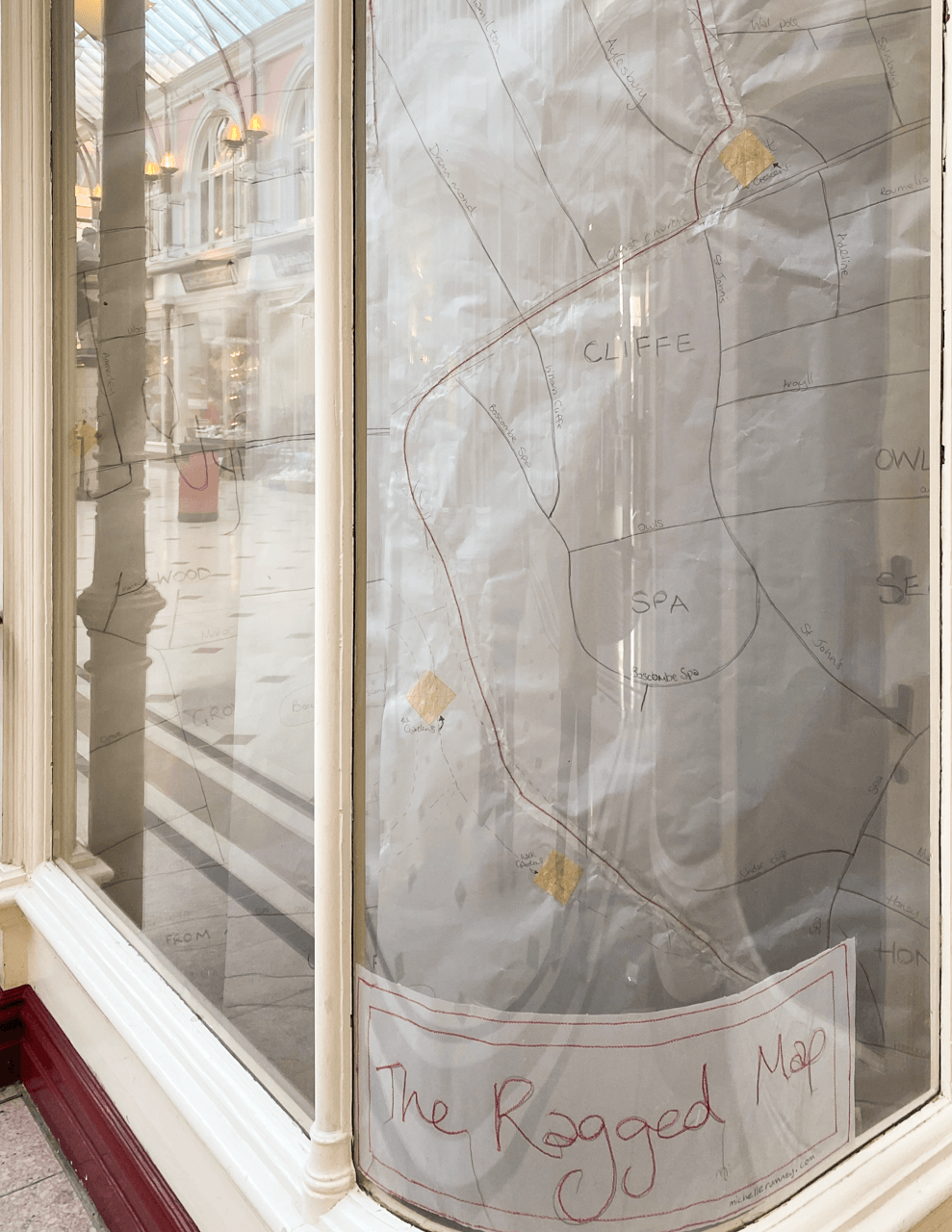 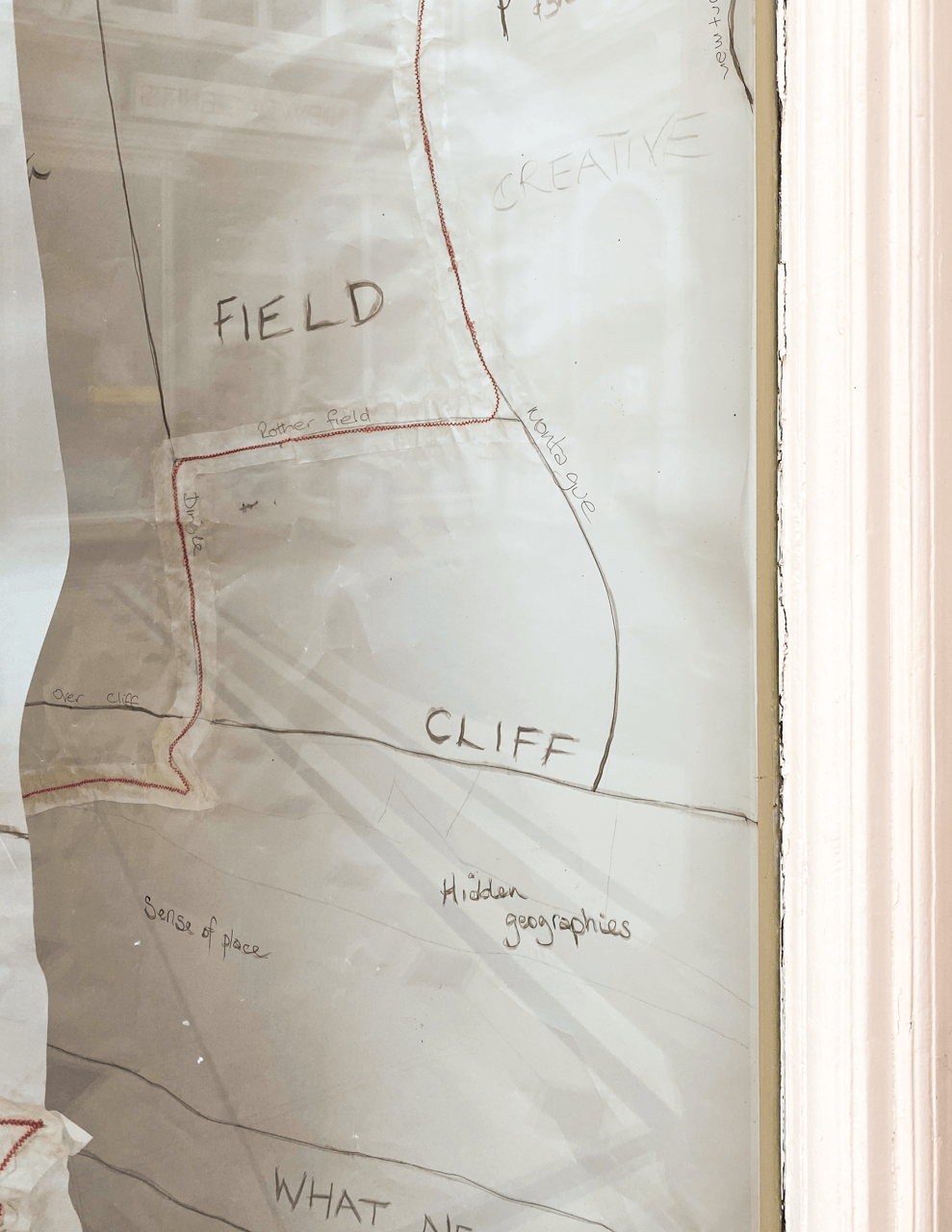 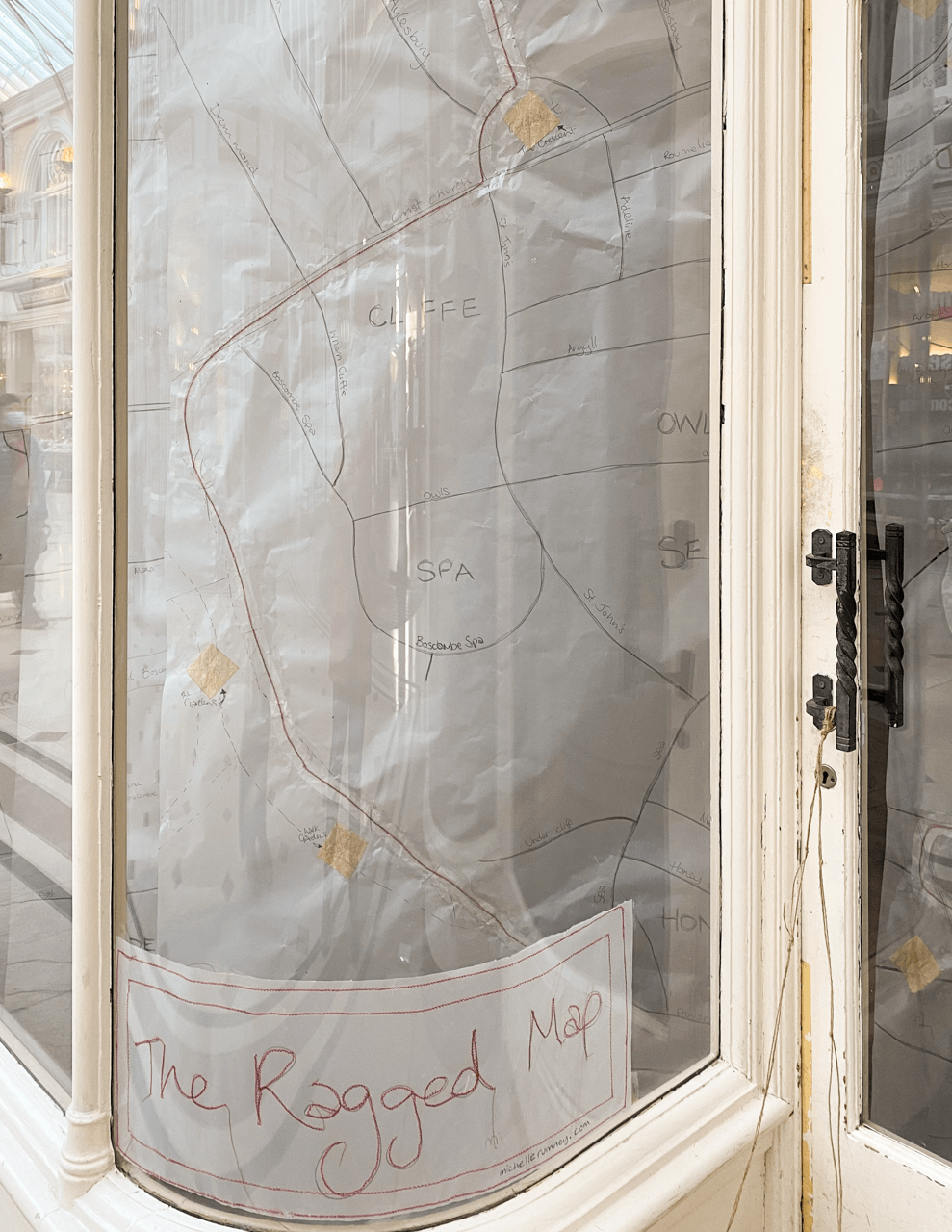 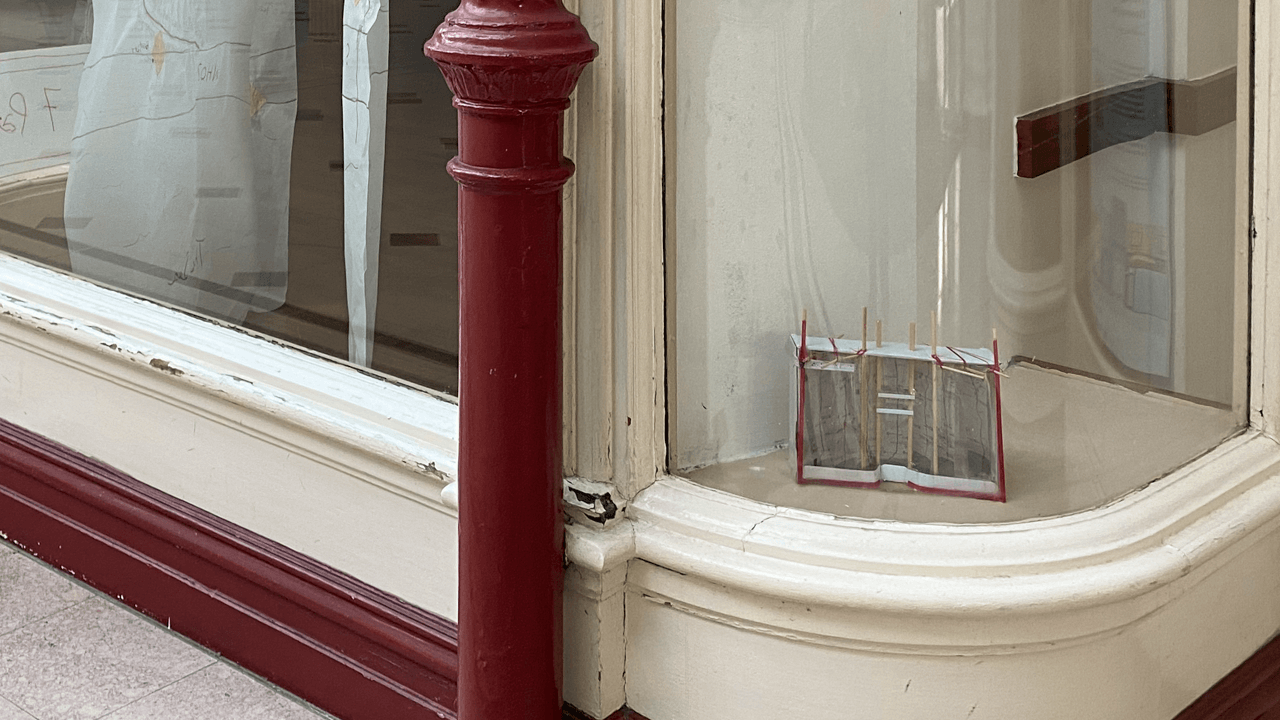 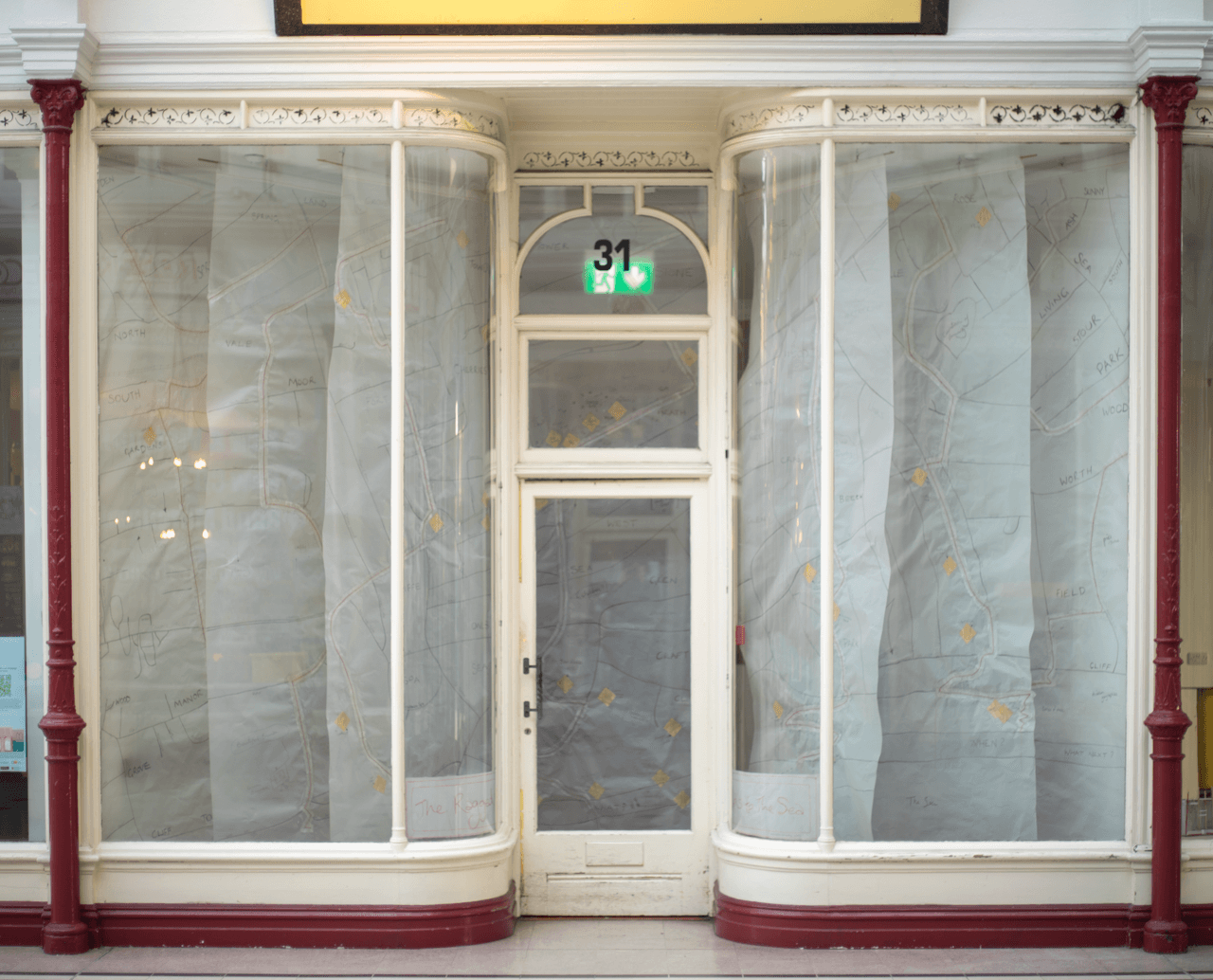 New ways to the Sea

The workshop was over all too quickly but we shared special initiatives and places, many of which you can see if you look closely that I wove into the final piece.

These special places are mapped onto the huge span of tracing paper that fill #31. The diamonds on the map each hold a memory or something special for someone. And then I joined the dots, so that each of the 7 maps that make up the whole piece show a new pathway from top to bottom, connecting as many of these places as possible along the way.

The coastline is perhaps the most important local geographical and permanent element of the whole town, and each new path leads down to ‘The Sea, The Sea’. 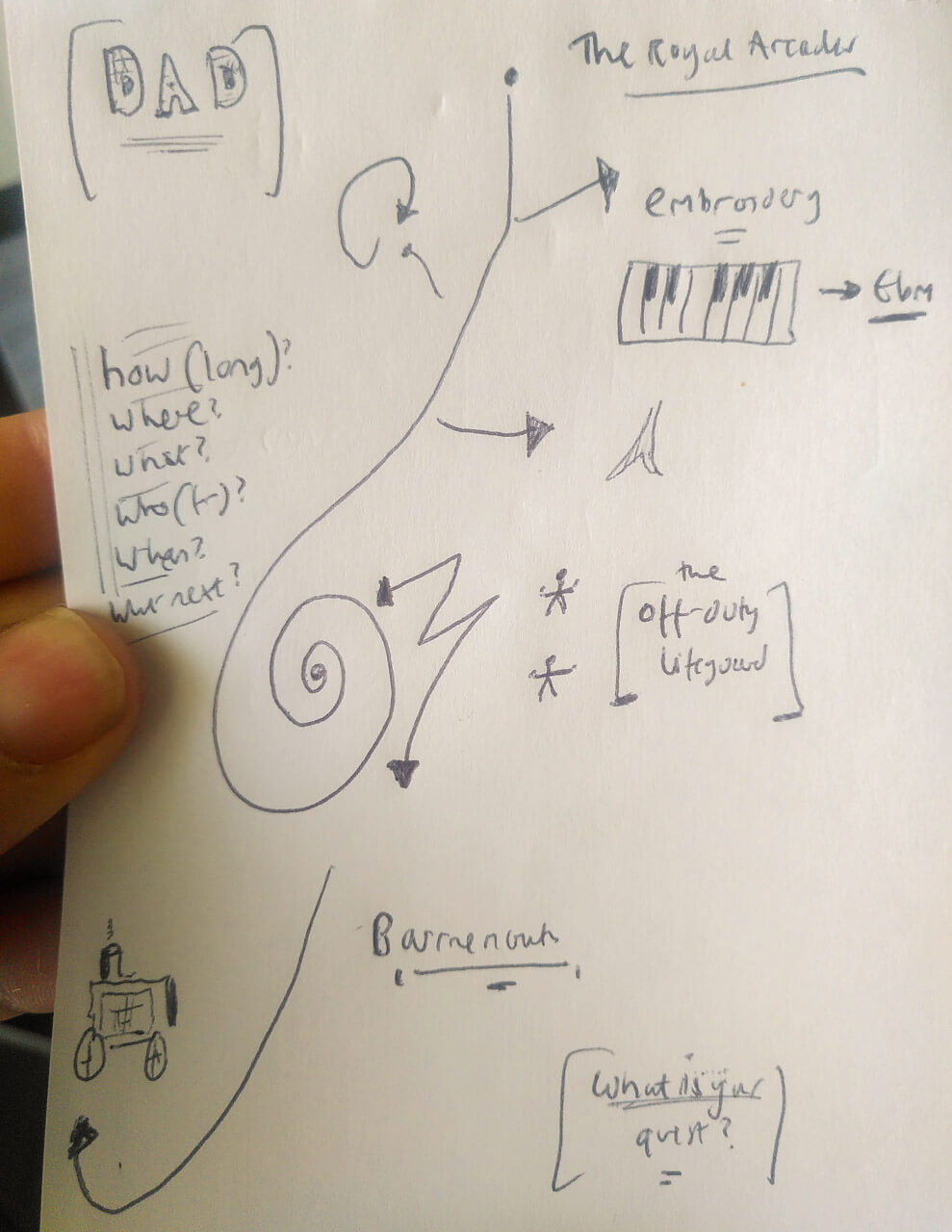 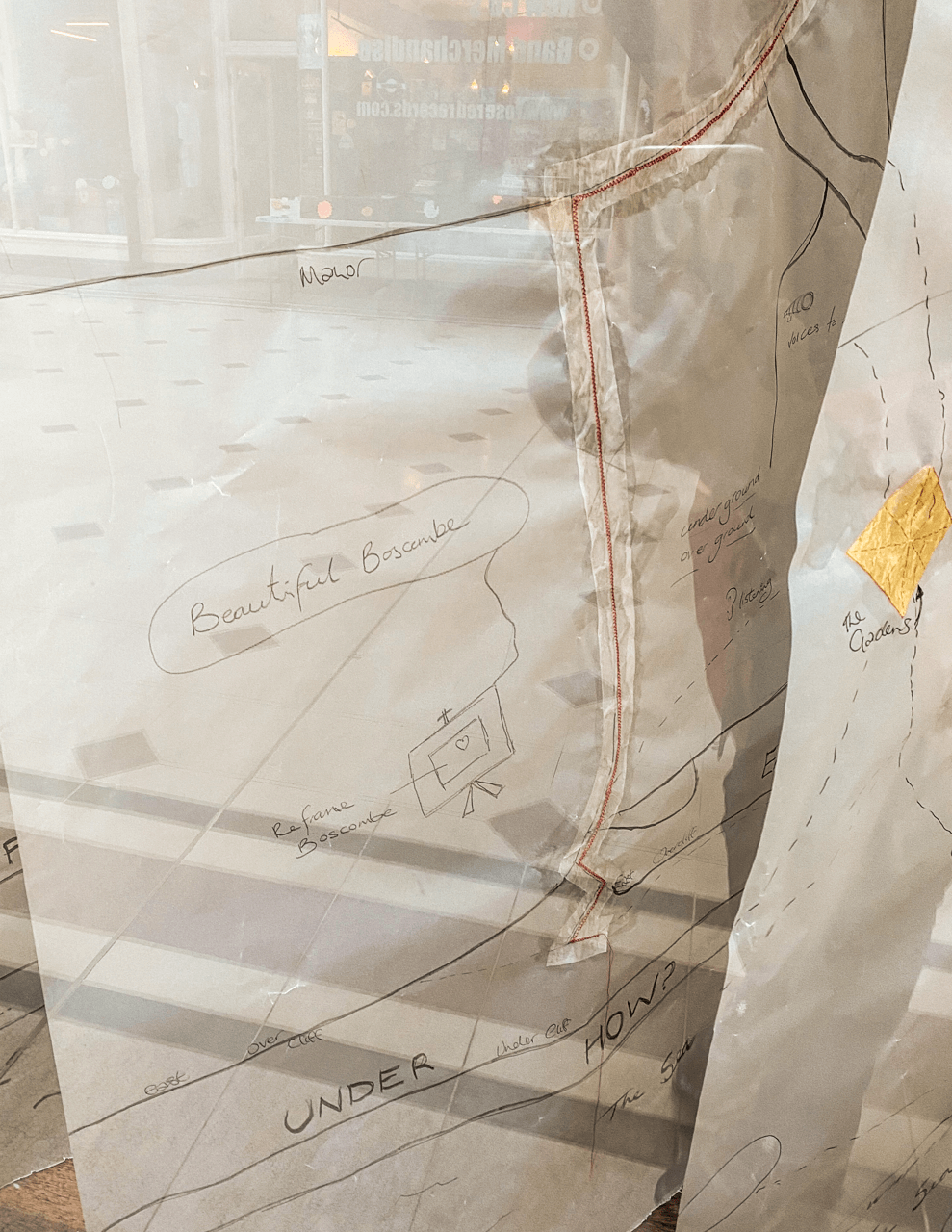 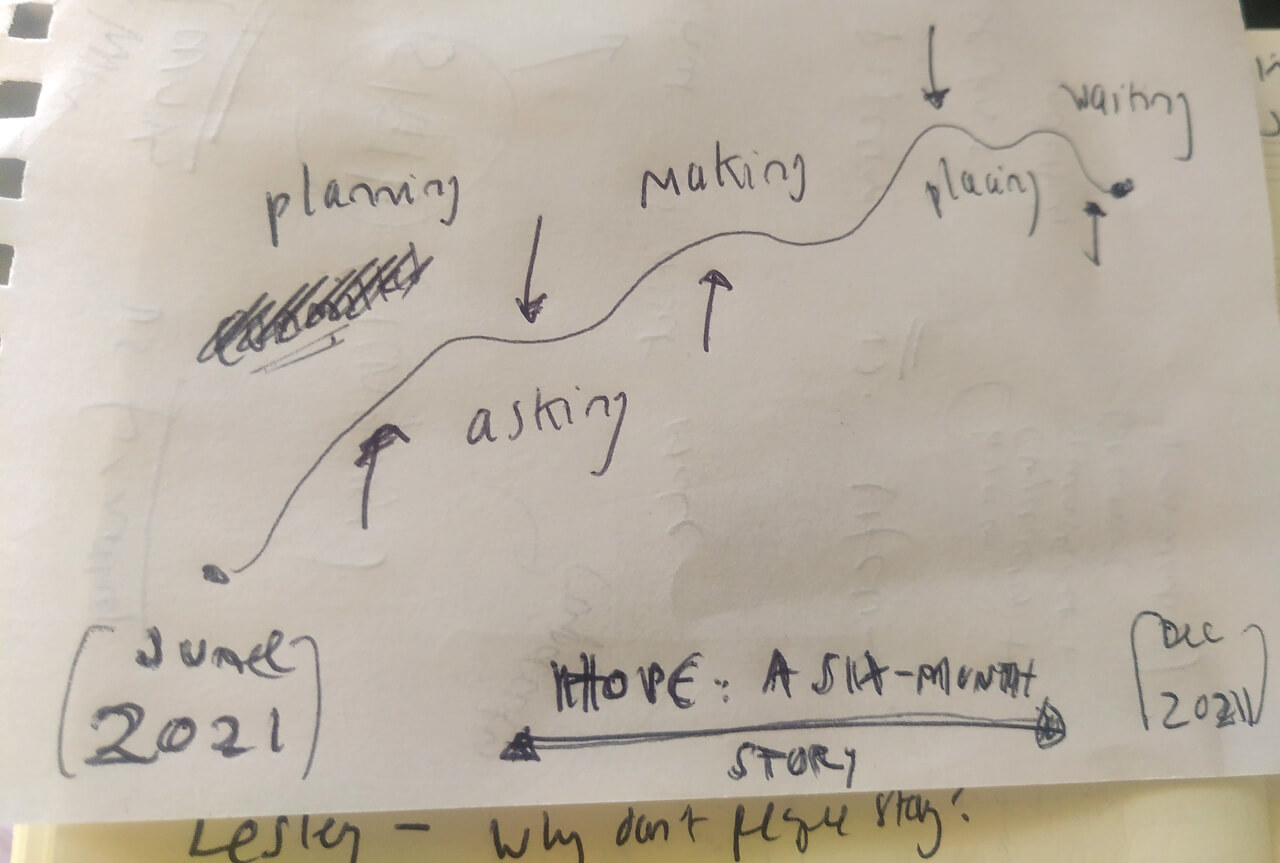 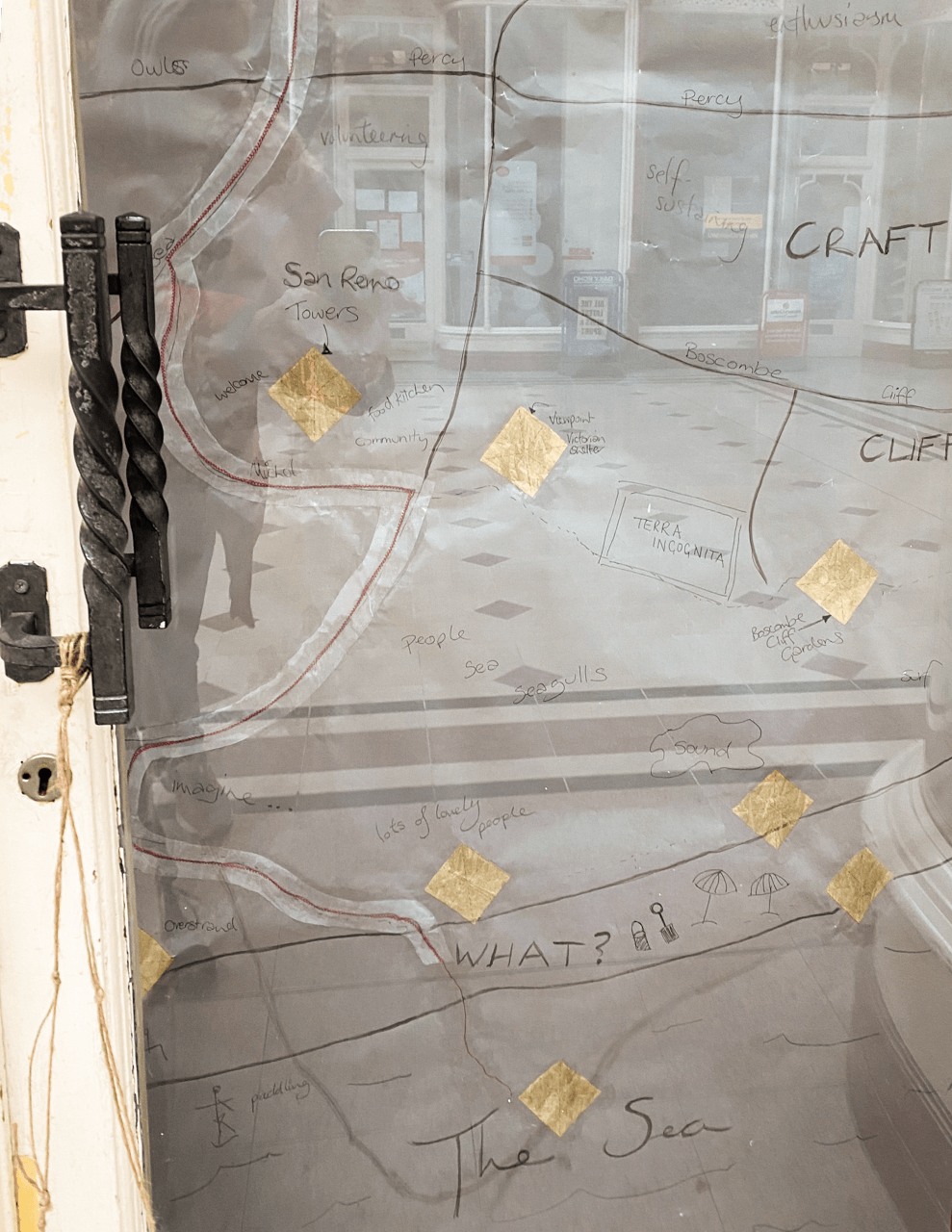